Where are those rings?…

My Mother was distraught. She had lost her most precious rings.

They had been her prized possessions for decades. The most treasured of all had been given to her late mother. But no matter where she looked, or for how long, they were nowhere to be found. “They must have been stolen,” she thought.

What could she do?…

Fortunately, I had a secret technique! It was a method based on Numerology for finding lost items. Indeed, this had method had successfully located a number of critical items in the past.

Some years back, my father had been due to fly to India. The day before the flight, he spent hours looking for his passport. It had vanished completely.  He looked everywhere he could possibly think of. We did the Numerology process over the telephone, and he located it in literally minutes! It was near some sacred photos. My father was so happy and amazed. Actually, I was amazed myself.

So, I figured that there was nothing to be lost by giving it a shot. Why not try it with the rings?…

Here is what we did…

First, I asked my mother to relax and close her eyes. Next, I asked her to visualize the object as clearly as she could. Finally, when she was ready, and without thinking hard about it, I asked her to call out nine single-digit numbers from 0 to 9. In that way, we form a single number of nine digits in total.

When this process was complete, I then plugged that finished number into my Numerology software. There is a proprietary “secret algorithm” therein, which spits out a magical suggestion as to where the lost item might be!

In this case, it stated that the rings are in a low place inside a closet. So, we searched all the wardrobes and cupboards we could think of for around half an hour. She even wanted to search high up in the wardrobe. This made little sense to me since the instruction stated that they were low down. We did it anyway.

There was nothing. No luck. No place to be seen!

Finally,  I realized that there was one place we had not yet checked. My mother’s bathroom sink sits on top of a nice old wooden cabinet. I started looking within, even though she was totally skeptical. She said that she could not have possibly have put them there, and especially not as low down as I was looking. She just would not put them in that closet!

Could these be the ones?…

Eventually, I found a small box tucked into the corner of the very bottom shelf of the cabinet. Inside were some rings.

“Are these the ones?” I asked.

For a moment, she replied that they were not. Then she took the box from me and cried out with astonishment…

We had found the rings!

What did this all mean?

It seems to indicate that the universe really does work by number vibration. Nothing is random. Everything has meaning. It also shows that these mysteries can have useful practical consequences!

Hence, it also strongly suggests that there really is “something to” Numerology! After all, this is not the first time that this had happened.

This kind of event shows that there really IS an underlying hidden order behind everything in Nature. Of course, we know this from mainstream  Science already. However, there is another hidden esoteric science at play.

One single such event in isolation might be called a coincidence. However, this has happened several times now for me; often enough to make it worth trying every time something gets lost. In fact, the method has worked far more times than it has not. By definition, you cannot use this process often, unless you are constantly losing things. Yet, the few times I have done it, I have almost always found the item!

Now, we do not offer this process publicly. This amazing story merely demonstrates some of the wonders underlying your universe and mine, that can be revealed via Numerology. It demonstrates how real this stuff is.

Find out more about Numerology

However, what is more valuable still is what Numerology can reveal about you as a person, and your relationships with others. For that, we have a full service of detailed Numerology reports to offer you.

You can also discover more about Numerology with our free report, Magic Numbers Reveal Your Destiny. Click the cover below to get it… 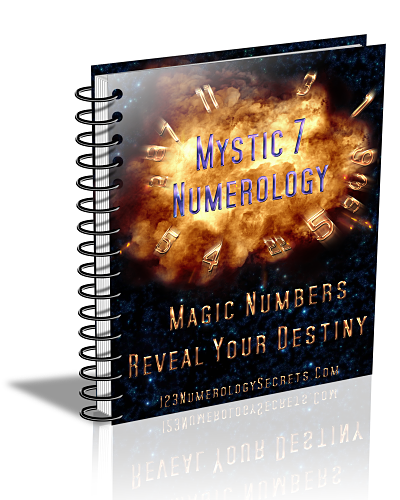