…can equip a person with exceptional capacities and talents. 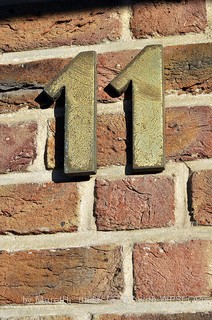 When calculating your life path number, the numbers corresponding to your birth date are added until a single digit remains. The exception to this is when the numbers result in master numbers; double-digit numbers composed of identical figures, such as numerology 11, 22, and 44.

…is considered equipped with special gifts of leadership and high-level inspiration. On the other hand, this individual’s life is fraught with challenges and full of paradox.

To fully appreciate the qualities that make up people whose life path numbers are master numbers, you should also consider the traits of the singular digits to which the master numbers are reduced: these are 2, 4, and 8 for numerology 11, 22, and 44, respectively.

11 is the number that represents instinct and intuition. 11’s are highly connected to their gut feeling and their subconscious. As previously mentioned, 11’s also possess the qualities of 2; inspiration, charisma, and leadership as well as dependency, cunning, and passive-aggressiveness.

11’s should channel their energy on a particular and definite objective to avoid experiencing fear and anxiety that can lead to self-destruction. For 11’s to realize their full potential for growth and power, they must accept spiritual truths and intuitive understanding.

22 is considered to be more powerful than the other numbers. In fact, it is sometimes referred to as the Master Builder. 22’s are individuals who are able to see things in a greater magnitude. They are ambitious, creative, competent, hard working, and are able to turn even the loftiest goals into reality. In addition to these traits, 22’s also possess the methodical quality and practicality of 4.

Of all the master numbers, the biggest challenge 22’s have is sharing their visions to others and allowing others to make their own contributions to the cause. Unfortunately, 22’s often don’t have faith in others’ abilities. They should learn to curb the desire to control people and instead focus on the ultimate goal.

44’s possess the thirst for understanding life’s mysteries. They are practical, down-to-earth, and have strong convictions about right and wrong. Moreover, they are systematic and organized. 44’s also possess the traits of 8s who are very ambitious, highly motivated, and goal-oriented. They are born to lead and to govern.

44’s have the tendency to be workaholics so they need to get enough fun and relaxation. Otherwise, they can become fatigued and depressed. They tend to be complacent when they think they have everything under control.? Because of their penchant for rigidity and their fear of new ideas, 44’s experience difficulties that last until their hard work has paid off.

Because master numbers can be considered to be…

…both a blessing and a curse, understanding and dealing with the challenges through persistence and wisdom will help you assimilate these components into your personality.